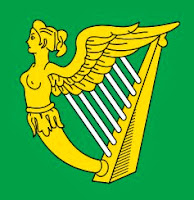 Interesting statistics in an article in the Irish Independent online giving an overview of marriage in the Republic of Ireland in 2011. I had a look and then thought, "Well, I wonder how Australia compares?" A quick search popped up relevant Australian Bureau of Statistics information for 2011.


Given that Ireland is a predominantly Catholic country, it's perhaps not surprising that Civil Ceremonies account for such a small percentage of ceremonies performed.It's also interesting to note that these figures for Ireland show the marriage rate as falling, being at its lowest rate since 1998. Of course this, together with the fact that there were 536 same-sex civil partnerships registered in Ireland in 2011, is being used by a pro-marriage group - the Iona Institute - to bemoan the state of marriage and claim that the decline is evidence of a 'collapse in marriage'!